Get to know the vibrant culture and colourful backdrops that are distinctively Morocco.  We believe in providing the ultimate Morocco holiday for the most discerning travellers. All our private tours are tailored to your specific wishes. We offer a variety of first class Moroccan Adventures.

Because our private Atlas treks and Morocco desert tours are offered exclusively via the internet we are able to provide you with quality programs at reasonable prices.

With Morocco Tours - Toubkal Trek you may select with confidence from all of the itineraries we feature whether you’re looking for a culture trip or within a specific mountain region to reach Toubkal in guided hiking tours.

See the very best of Morocco on a 5 days desert tour from Casablanca with all accommodations, meals, activities, and private transport. 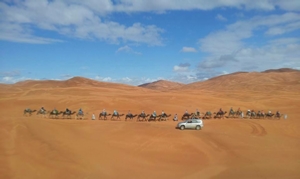 Around Morocco with your private guide in 7 and 8 days Sahara tour from Casablanca to explore the beauty of Morocco. 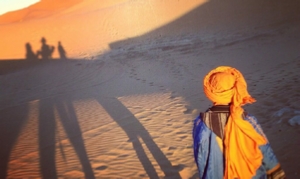 Book a private 12-day Morocco tour from Casablanca and climb into the mountains to the charming Chefchaouen. 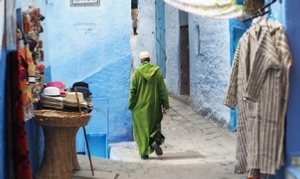 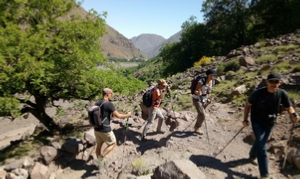 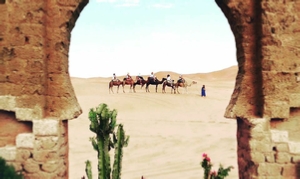 Book a six-day private desert vacation from Marrakech to Merzouga. Enjoy camel trek and a night in a Sahara desert camp. 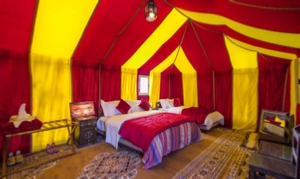 We take you on a Morocco journey towards Chefchaouen and we driving to Sahara and we cross the High Atlas Mountains. 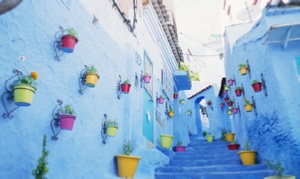 We offer Imperial Cities tour from Casablanca for 8 days with everyday departure, exciting excursions in Fes, Rabat and Volubilis. 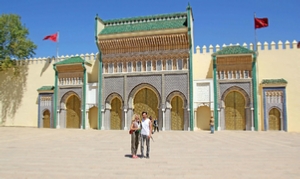 This desert journey allows you to explore the Merzouga Desert and the UNESCO World Heritage Site of Ksar Ait Benhaddou. 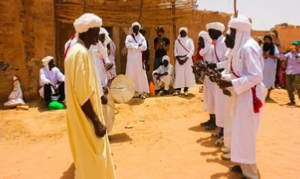 Join us on Imperial cities tour towards the Merzouga desert for a once-in-a-lifetime camel ride, oasis visit, and a night at a desert camp. 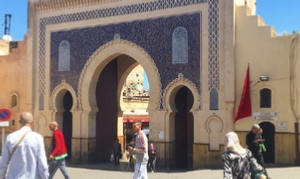 We organize privately guided tours departure Casablanca organised by Morocco Tours Toubkal Trek trusted travel company. Spend amazing moments in the Merzouga desert, have a camel ride on Erg Chebbi's sea sand, and spend the night sleeping beneath the stars. First and foremost, we will meet you at your Casablanca hotel or airport and take you to Chefchaouen. We will make brief stops in Rabat, including the Hassan Tower, before heading toward the blue city of Chefchaouen. Finally, spend the night in a traditional riad in the Medina.

You will have a free day on the second day of our Imperial Cities and Sahara Desert tour to wander through the blue-painted alleys and discover the attractions of the blue city, including the Stalk; this area of Chefchaouen is the town's major core. Akshour Falls, the Kasbah Ethnographic Museum, Utah Lhmam Square, the bustling and active city center, and the Al-Swaiqa District are all worth a visit. Spend the night in a traditional Riad.

Following breakfast at your riad, you will depart for Fes via Ouazzan and the Roman site of Volubilis. After a few hours of driving, you will arrive in Volubilis, a well-preserved Roman empire dating back to 225 BC, where you will view the most exquisite Mosaics in Morocco. As a result, you will be given a guided tour of the site and will learn a lot about the Roman Empire. Following that, we head to Meknes, Morocco's Ismaili capital. Here in Meknes, we witness the interesting Bab Mansour gate, erected by Sultan My Ismail. The Mulay Ismail Mausoleum is included in your 7-day tour from Casablanca. Then we'll take the highway to Fes. Finally, an overnight stay in a posh riad in the medina. 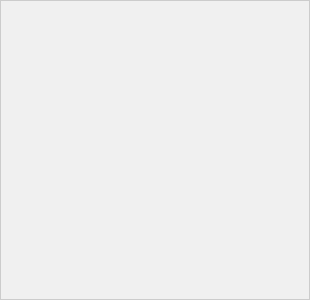 Pick-up and drop-off at hotels.

Transfer in a luxurious car.

Camel riding through the desert.

Overnight stay at a hotel or a campground.

Dinner and breakfast will be served in accordance with the itinerary. 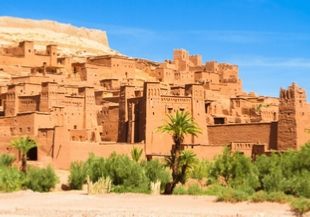 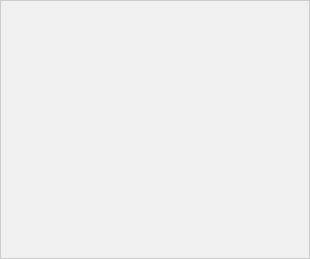 Explore the medina of Fes.

In Merzouga, take a camel ride.

Spend the night at a desert camp.

Visit the film studios in Ouarzazate.

Ait Benhaddou excursion with a guide. 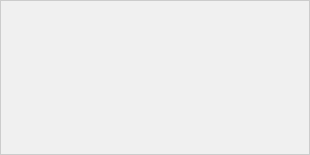 Casablanca Morocco tour is available all year and may depart on any day of your choosing. 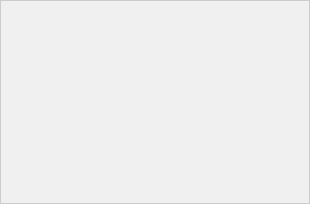 Please contact us for the current price of this Casablanca desert tour.

For private tours departure Casablanca, we request a 20% advance payment. 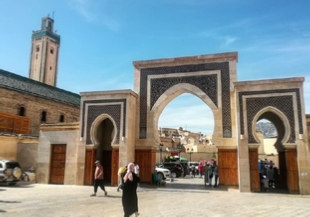 DAY 4: SIGHTSEEING TOUR OF FES WITH A LOCAL GUIDE

After breakfast in your riad, you will begin your exploration of Fes, Morocco's "Spiritual City." As a result, you'll spend the entire morning touring the Medina and its lanes. The tour begins with a visit to the majority of the cultural and historical landmarks, including the famed Al Karaouine Mosque and University (the world's oldest), the Madrasa Bouanania. In addition, there are the Tanneries and the Najjarine fountain. After lunch, we'll take you outside the Medina to view the Royal Palace entrance, walk through the Jewish district "the Mellah," and then to the pottery cooperative. Later in the afternoon, we will take you to one of the strongholds for an incredible panoramic view of the entire Medina of Fes. Finally, stay the night at the same riad.

After breakfast, we'll head south to the Merzouga desert, passing through Midelt and Errachidia. The first destination on our Grand Tour of Morocco will be in Ifrane, also known as "the Switzerland of Morocco." On the route to Merzouga, passing through Midlet and the Ziz Valley. You'll catch sights of the Middle Atlas and Higher Atlas mountains during this tour. Following that, you will visit the famed cedar forest, Morocco's biggest, where you will get the opportunity to witness the Barbarian apes. As you reach Er Rachidia, you'll observe how the environment transforms to offer clues of the desert. After lunch in Midelt, your journey continues in the breathtaking Ziz Valley, with stops for panoramic views along the route.

We will travel via Berber villages to Erfoud, then to Rissani, the birthplace of the Alaouite dynasty, Morocco's present governing royal family. When you get at Merzouga at the end of the day, you'll be greeted with a drink of mint tea before riding your camel to view the sunset in the heart of Morocco's highest sand dunes and spending the night there. After that, spend the night at our well-equipped desert camp, where you will have your meal.

Your camel guide can wake you up early in the morning after breakfast and a hot shower at the desert camp to witness the dawn, which may be the best sunrise of your life. Following that, you'll leisurely camel travel back to your departure location, taking in the stunning Erg Chebbi dunes, which change with the light as the day develops. You'll meet your driver and depart for the Tinghir and Todra gorges, Morocco's tallest and narrowest canyons. You will be able to trek down its valley from here. Then we'll travel into the Dades Valley, where you'll witness magnificent sand castles and incredible rock formations known as "monkey toes." Finally, overnight lodging will be at a riad or a hotel located in the center of the gorge. (Breakfast and supper).

We'll leave after breakfast and drive through the Dades Valley to Kalaat Mgouna and Ouarzazate. The journey across Dades Valley is known as the Way of a Thousand Kasbahs. As a result, there are multiple possibilities to get some of your greatest photography photos of the trip. We'll stop at Kalaat Mgouna, "the rose city," to buy rosewater, which will keep your linen smelling fresh long after your trip is finished. Then on to Ouarzazate, known as "Africa's Hollywood." After that, lunch will be served at the famed Ait Ben Haddou Kasbah, Morocco's biggest Kasbah. UNESCO has designated it as a World Heritage Site. It has used as the setting for various films, including "Lawrence of Arabia," "Gladiator," and "Game of Thrones." Our drive will continue over the spectacular Tizi n' Tichka pass (2260 m) across the High Atlas Mountains, where you may also stop to learn about the process of manufacturing argan oil at women's cooperatives before arriving at your hotel in Marrakech, where the tour concludes. Thank you for traveling in Morocco with experienced travel company and we transfer you to your hotel or airport at the end of your selected Private Tour from Casablanca.

This is a Casablanca Tour and nobody else will travel in your private group. If you require any modification for this itinerary please fill up the contact form on page for Morocco tours. 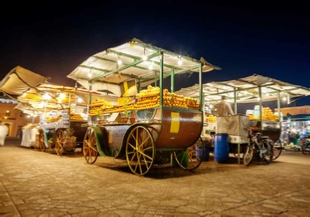 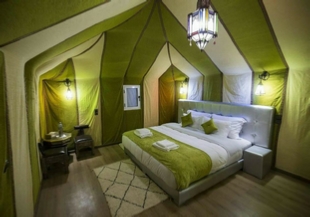 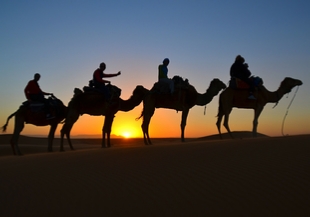